Time moved on. He married one of the good looking ladies from Taiwan through his father's match-making friend. His good looking wife was nice-tempered, and with a loving heart, they had a cleaver and obedient son.

When they first got married, they had nothing. Just because it was the time when large and small computers were springing up from the earth, the United States was scrambling for IT staff. He was a coder and an analyst, it was equivalent to having an iron rice bowl, and his new bride was delighted to marry him and lived in the United States. Her new life was unknown to her, so she relied upon him for everything, the newly married couple were safe and happy.

When he retired as a senior system Analyst and Project leader at a prestigious New York firm, he sold his second-hand house in an up-scale Caucasian suburban community on Long Island and a perfect second-hand boat that sat in his driveway.

Li and his wife moved to Florida, where they built a brand new waterfront house and bought an almost as good brand new second-hand motorboat.

He painted the Chinese character, representing the word "Li" and the English letters spelling out "Li" on his shining new second-hand motorboat. The "Li's" were so large that the boat's registration numbers were very tiny in contrast.

After 50 years of marriage, they did not know whether it was for personality or that she was younger than him. He turned into everything to listen to his wife kind of husband. They became a so-called "old couple," and had long been accustomed to that kind of "quiet years, now stable" old age life.

In 2020, The new pandemic ravaged the whole world, they stayed at home to avoid the epidemic, and their days had been worse than boring.

At the beginning of 2021, the authority informed them that it was their turn to make an appointment for vaccination.

"Old man, after the injection, let's move to the senior apartment to live. They have room and board and having staff to take good care of us. Life wouldn't be so hard.

"Let's get rid of the big house by the sea!" the gray-haired old wife said to her all-white-haired husband, "Old man, you're over eighty years old, you haven't been out to the sea in almost five or six years, and now the COVID-19 outbreak in Florida is so terrible, I think it's better to sell your boat! so it won't keep on collecting dust!and, the senior citizen's apartment has no place to put the boat."

He called the sales company to tow his newer ship to the exhibition yard on Highway 19 and sold it publicly. And finally, someone was willing to buy it, and the agent, wearing sunglasses and a facial mask, came to visit and told him that the buyer had asked for a certificate of ownership of his motorboat.

"Make sure to wear a mask to the attic! Oh, we haven't visit the attic for quet s while, it must collected a lot of dust! Be kind to your old lungs!" His wife yelled.

Wearing a hat and a facial mask, he held the handrails tightly with both hands and climbed up the stairs to the attic.

In the attic, he went to an old table, opened the drawer, and sure enough, the dust flew all over. He thought: "the Chinese approach is good, if I am not wearing a facial mask, all the dust will get into my lungs through my nose now!"

Yes, all the documents were there, he bought this boat, although the performance was good, but still was a second-hand goods, even the original owner's name was still on the certificate. Beneath the deed, there was a stack of ancient paper drawings. Did he use them to build his first handcraft? The patterns must be 50 or 60 years old.

When he found the old paper patterns, he remembered that he built his first handmade wooden boat half a century ago.

Old Li graduated as an almost 50 years old man. At the time, he was not able to attend Old Li's graduation ceremony. How is old Li now? He heard that his old friend is famous in Taiwan.

Now a day, there is nothing you can’t find out from the internet.

He returned to his study in his big house and checked the internet. He found out that the old Li died in July 2020 at the age of 97 and was buried in Yangmingshan, Taiwan, sleeping next to his political enemy. The history evaluations of old Li vary.

Old Li was 17 years senior than Li, so he typed his own name into Google to see any information about himself.

As he expected, there were no words about himself at Google, except for a few messages from peoples with the same name.

After a little stomps, he can't help but laugh. Didn't he living his life exactly the way he wanted?

He wants to have a cremation after his death, and if someone can put his ashes on a boat that floats into the sea, it would be more in line with his ideals! 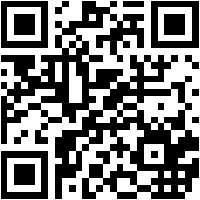