The Dock Attendant went off duty at 9 O'clock. As he walked through the dark parking lot to his car, he noticed that one car remained all by itself at the far end. There was a rental car sticker on the rear window. It was the car that Chinese fellow was driving. The driver must still be out on the lake. But it was late, and the Dock Attendant knew that his wife had a special supper waiting. Whistling, he got into his car and hurried home to enjoy his evening meal.

The thought of the young Chinese fellow was in the back of his mind all evening. The Asien said not a word; the five-dollar bill he handed over with such a great reluctance; the man was all thumbs when it came to lifting the boat off the car; the rented car in the parking lot looked so forlorn.

11:00 p.m The attendant got out of bed and decided that he won't fall asleep if he didn't go back to the lake.

The rental car was still there. He was quite concerned, so he opened up his tiny office and called the patrol police.

The duty officer sent out several patrol cars to cruise along the lakefront, looking for a boat or a missing Chinaman. Nothing. Next, two patrol boats with giant searchlights start to search the lake. Finally, at 3:00 a.m., a noisy helicopter joined the search team.

The radio crackles. "I see a small boat; it's too close to the shore for me to distinguish anything. We'll take a closer look.'

A bullhorn blasts. "Hey, you on the boat. Are you injured? Can you hear us?”

The shouting woke Li from his semi-conscious state. A helicopter was circling over his head. The spotlight beaming down on him was so bright he could barely open his eyes.

He was cold, hungry, and weak. He had no energy to sit up. His arms in the short-sleeved shirt were cold and numb. He could hardly lift them to weave to his rescuers.

"A-OK. Roger. He is alive." The bull-horned voice was very excited. The lights were so bright it almost looked like daylight.

"Keep calm. We are sending a boat to pick you up, with coffee and…."

Suddenly Li missed his covered Chinese teacup very much. The minute the lid opens, the hot, fragrant aroma of tea reaches your nose to warm and refresh. With each sip, warmth, soothing taste travel through one's mouth, down the throat, into the stomach, and throughout one's entire body. What a comforting feeling! Sipping coffee out of a Styrofoam cup doesn't hold shoes to drinking tea from your very own teacup.

Several weeks later, the Chinese Manpower Association of New York city notified Li that their computer training program had accepted him. Not only would they pay him $450 a month while he was learning, but they would also find him a job. His research assistantship didn't pay nearly that much, nor did the instructing career at the all-girls college.

He went back to the college to retrieve his personal belongings. At the very top of the bookshelf, he found his books and his Chinese teacup with a lid, a thick layer of dust had collected on his possessions. He tried to knock the dust off the books, but the dust on the pages' edge would not come off. Neither would the dust on the unglazed bottom of the cup. The soiled books and the sullied cup would never be new again.

Before he left, he gave his studio apartment and the garage keys garage back to the super. Li told the nine-year-old son of the super that the latter could have the hand-made rowboat. Gratefully, the young boy kept on shake Li's hand and couldn't stop giggling.

The boat had been in the water just once.

The process of building the boat relieved all the stress and recovered from many disappointments. It healed a troubled heart and gave courage to continue struggling. The steps involved in building a boat can be quantified or written as a mathematical equation.

He packed his books, diploma, and graduation photo into his Beetle. That was the end of his , life. Another chapter started.

The day he left in his Beetle, no one was around to say good-bye. Old Li left Ithaca last summer. He went back home to Taiwan. No people were walking along his route out of town. Tiny snowflakes form and quickly disappear as they fall from the sky.

"The cold weather in America is coming so early!" He thought, in his hometown of Taiwan must be still wearing short sleeves! 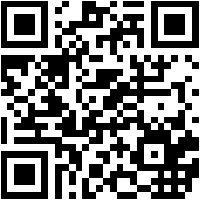