Of course, the dean's office was better. There was a door to close to isolate oneself, and there was no see-through glass wall.

Linda was waiting for him in his office. Because she wasn't doing that well, He had told Linda several times that she should discuss her problem with him. That's why he assumed she was there to talk about some trouble with her homework. Li smiled at her.

She certainly did want to discuss her problems. She blurted out, "Mark doesn't want me anymore. He's found a woman who owns a yacht. He's there right now, sitting on her boat."

Linda put her head on his shoulder and started to cry like a blossom dripping water in the rain without prelude. Suddenly he saw Sister Jean Anderson was standing outside the glass wall, and her stern gray eyes were staring fishlike into the office.

Li was barely aware that Linda had made herself scarce.

Sister Jean Anderson walked into his office, sat on his chair, and talked on and on.

He sat on the chair for visitors.

It must be so lovely to own a boat and be out on the water. Through the picture window, Li saw that the day outside was unusually bright and pretty. In the vicinity of the flowering tree, someone was fishing from a boat. The fishing pole bends. That person hooked a fish. A flash of light reflected from its silvery body. Ah. The fish was in the bucket.

It must be nice to fish from a boat.

A pair of swans glided past the fisherman like two white boats floating on the water.

The swans looked very peaceful and contented. Li watched and remembered someone said that although swans seem to glide across the water without effort, but, in reality, their webbed feet were paddling very hard beneath the surface.

Her anger made her speechless. LI turned his head and looked at her in surprise.

From his perspective, If Linda wanted to cry on his shoulder, that was her prerogative. Even if she decided to have an abortion, it was her business. None of it had anything to do with him. All he was, just a part-time Asian Math teacher.

Sister's face was red with anger, all huffed and puffed. Without glancing at him, she got up from the chair and left the room in a rage.

After Sister Jean Anderson was gone, he left the room, went outside, and walked towards the boat and the fisherman he saw from his office.

Seeing the fisherman was throwing the fish into the water, Li extends his hands.

"You can have the whole bucket, if you want." Said the fisherman and noded to Li.

A bucketful of fish! Each fish was two or three times larger than the fish his mother cooked at home. With thanks, Li took the bucket full of fish and carried it towards the car. Halfway there, he wondered if the water would splash all over his car. He turned around, walked back to the lake, and poured out most of the water.

He drove to a nearby gas station while the attendant put gas into his tiny little car; Li saw a men's room on the left side of the station. Outside there was a water faucet, where Li, fearing the fish would die before he got home, added some water to the bucket.

Li took the bucket with the freshwater back to his car and paid for the gasoline. The policeman who inspected the fish came over and gave Li a ticket, and said, "It's illegal to keep fish that small. You are supposed to throw them back, since they are all less than eight inches."

"If you disagree you can argue in front of the judge." Without further interaction, the policemen left in their car.

Li stood next to his car and read the ticket from top to bottom, word for word. Then, he folded the ticket very carefully and put it in his wallet.

When Li got back to his studio, he took off his shoes, put the bucket with the fish into the icebox, and laid down on the bed, still wearing his clothes.

Closing his eyes, he saw Sister Jean Anderson's red angry face repeatedly saying, "Sister Theresa Russell is returning. You are not needed any more. Not necessary. No more."

He sat up, again his entire body in a cold sweat.

Getting up from his bed, he removed the bucket of fish from the icebox. He took out several of the larger ones, put them in a plastic bag, and visited Old Li.

Old Li was studying. He was pleased to see his young friend.

Together they fried the fish in deep oil and put them onto two plates. It wasn't until they sat down to eat that they realized the fish still had guts and scales. Using chopsticks, they picked out and ate the edible parts of the fish.

He found his checkbook back to his apartment and wrote out two checks: one for the fine indicated on the ticket; one for $49.95.

Again, he fell asleep in his clothes.

One day, not too long after that, Li walked to the local luncheonette where he bought a New York Times. He sat there reading the help wanted ads, eating the 99 cent breakfast special, consisting of two eggs, toast, and coffee. With a pencil, he circled all of the ads for which he thought he was qualified. Planning to clean his neglected apartment, he stopped at another store to purchase detergents and brushes.

Li answered several ads, typed letters, and mailed them along with his printed resumes. Now it was time for lunch and cleaning.

A postcard arrived several days later from the $49.95 boat kit company, notifying him that they had received his order and would ship his merchandise within four to six weeks.

One by one, he got responses to his letters of application. All were negative.

At the end of the fifth week, he received a big package, not from . He opened it and found instructions, several large boat-shaped pattern pieces, fiber-glass fabric, and several cans of paint and insulation material. 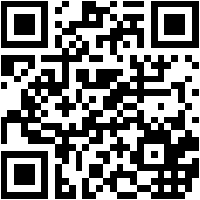