Among the mounds of mail near the door, Li spotted an envelope with the English words that say: "OPEN THIS ENVELOPE TO MAKE YOUR DREAMS COME TRUE." As he picked up the envelope and a letter from his father in Taiwan, he also noticed a big box with the address written in his father's handwriting. In the big box must be the Chinese food his mother promised to send. He decided that he would call Old Li to share with him. After all, Old Li always shared his goodies from home.

He opened the envelope with the advertisement. The ad said that if you mailed them $49.95, you could get a do-it-yourself rowboat-building kit. It also said that building a boat was lots easier than your wife making her dress.

Li read the ad and thought that the American businessmen would do anything to make money. He tossed the ad aside. It landed on top of an old pair of sneakers.

As he opened the letter from his father, several photographs of young women fell out.

In his father's letter, it wrote, "My son, I write to advice you. Now you will get degree soon, it is about the time to start a family," hymn, "I am enclosing some young ladies photo…."

He picked up the photos and examined them. There were similarities between the girls, and mostly there was a sameness about all of their sweet smiles. Yet, there were differences, hymn.

Li threw the dirty dishes in the sink, went back to his bed, and immediately fell asleep.

The next morning he woke up and saw that the sun was already relatively high. It was no longer very early. Quickly Li washed himself, combs his hair, and drove hurriedly to the Math department building.

Seeing Li's arrival, Dr. Chase congratulated him again and in jest asked, "Have you found a job yet?"

Of course not! He had been busy taking tests, studying, preparing for his thesis examination. He hadn't had the time or inclination to look for work.

“There is a Catholic girl’s college nearby. Sister Theresa Russell, the nun who teaches advanced calculus and differential equations is taking a sabbatical to study at Cambridge in England. They need someone to fill in for her." Said Professor Chase, "And, since my new student who comes from Iran, has no car, with English worse than yours, I gave him your research assistant’s position.”

Professor Chase took out a business card and wrote on the reverse side. "Here is their Dean's name and address," Professor pulled an envelope from his desk drawer, handed it to Li, and said, "A letter of recommendation from me to the Catholic college. So, are you ready to start teaching now?"

Yesterday, a graduate student who spent his life in the library survived on canned food from his homeland and rice he reheated. Today, he turned into a male, Oriental, part-time instructor earning money by teaching at an all-white girl's Catholic college for girls.

Since starting his job at the college, Li had been using the parking lot near the lake. Usually, two people, arms entwined, stood near the flowering tree at the lake's far end. The girl looked like Linda, one of the students in his class. His advanced calculus class had only three students, and there were two students enrolled in his differential equation class. None of the five students was as good as they were supposed to be. He thought they were considerably below par. Because the college paid him and he was only teaching part-time, He certainly did not want to make any wave, so he adjusted his standards to the student's level; hopefully, they could all get a passing grade.

Today, when he parked his car, he looked towards the flowering tree. He couldn't remember if the embracing couple had been there in the past few days, but because it was none of his business, he didn't give it much thought. Grabbing his books and the student's exercises from his old renovated Beetle's back seat, he walked towards his office.

The April air was fresh and crisp. It seemed as if the forsythia bushes at the edge of the narrow path were fighting each other to become the harbinger of spring.

Walking towards the lake was the kindly-faced white-haired priest who taught physics, also on a part-time basis. The two men greeted each other and kept their pace.

Closer to the front of the nearest building, small clusters of female students were chattering and giggling. As an Oriental and a male not clad in priestly garb on this campus, Li felt that he always attracted attention. The girls discuss him as if he were not there. One said, in a tone guaranteed to be overheard by him, "See how handsome and intelligent he is. He's sexier than Bruce Lee."

“…Just got his graduate degree and lives in Ithaca!”

"He was living in the dorm Sage. Now he lives in a studio apartment by himself."

Who knew him so well? He only lived at the dorm Sage for one semester. Li turned and looked at those young and happy girls. They were all full of life.

"Do you know?" a blonde girl said. "He has a big tea cup with its own matching lid. And he doesn't use tea bags…only individual tea leaves. Sometimes there are twigs mixed in with the leaves and little flowers floating on the top. Neat!"

When did any of them saw his teacup?

He didn't buy the tea. He drank what his mother sent to him. Yes. Yes! The twigs must be licorice. The floating flowers must be chrysanthemum or jasmine.

Didn't the girls realize that he was the kind of person who dines out of cans and eats food and drinks tea from Taiwan by his mother or Old Li's wife?

Here came Sister Mary Smith. She was very young and pretty, wearing street clothes which revealed her lovely legs. She smiled and said, "See you at the faculty meeting later, Mr. Li."

Him? A part-timer at the faculty meeting?

During the past few days, the atmosphere in the faculty lounge was agitated. Rumor had it that "old granite face," Sister Jean Anderson, campaigned to take over the Dean's job. The overtones of political in-fighting permeated the campus. It must be that the Catholic clergy didn't believe in reaching the "Four Big Emptiness" that the Buddhist disciples seek. Why else would Sister Jean Anderson be struggling so hard to obtain the Dean's position?

The order in a big community like this was apparent, with no one having any private property. However, nuns who were professors had better quality clothes than nuns who were not on the teaching staff. Their clothing was all meticulously pressed for them, and the cars they drove were newer and shinier. There were many more nuns than vehicles, so they were usually walking everywhere.

As he passed through the Cafeteria, Li noticed one nun demonstrating something to two other nuns. He paused, trying to determine what it was they are doing. The three of them were stirring something black in a steaming dark liquid in a large black cooking pot. One of the nuns smiled at him and said, "I saw these pantyhose on sale in the department store. I bought them all and now I'm dyeing them black for all of us to wear.”

Sister Theresa Russell's office, assigned to him while teaching her classes, was charming. The office represented her stature at the college; however, one wall was a large pane of transparent glass, creating a fishbowl effect. From the outside, one could see everything inside at a glance. 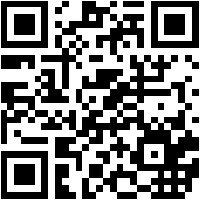