He sat amidst the vacant chairs lined up outside the Mathematic Department's conference room, staring at the shiny doorknob. From inside, the Department head's secretary was working assiduously. She was wearing headphones and listening attentively to a Dictaphone, keying the words onto her electric typewriter with a monotonous, staccato tapping.

Shortly, the door to the conference room burst open. It was Li's advisor, Dr. Chase, his face full of happiness. He motioned for Li to join him. A total of five Professors waited inside.

Dr. Chase shook Li's hand and said happily, "Congratulations!" His advisor continued, "All of us agree that the opinions you expressed in your thesis are unique."

The other professors joined in congratulating Li, all smiling and praising him with many polite words. He had passed his oral examination.

Before Li left, Dr. Chase says to him, "Come to my office tomorrow morning at 9:30 am. I have something to tell you."

He drove his Beetle out of the Math Department parking lot. The beautiful sunshine reflected glaringly off the snow, causing him to squint narrowly.

The room inside was pitch dark. Because Li was involved with his thesis examination, the Venetian blinds hadn't been open for more than six months.

Without thinking, he turned on the light. On the floor inside the door, his shoes piled haphazardly. It is customary for Chinese people from to remove their shoes as soon as they enter the house. On the other side of the door, the stacked knee-deep, was his mail, technical and academic magazines, letters, advertising flyers, and others. He kicked them out of his way with his foot. Then he kicked off his shoes and sank onto the bed, still dressed.

He closed his eyes, visualizing Professor Chase’s eyes sparkling behind their spectacles. At the oral examination, Professor Chase tried to take the lead in the questioning process. Naturally, as his advisor, Chase knows Li's strengths, as well as his weaknesses. Consequently, his questions were ones calling for answers that required very little thought. Even when he paused to let the other Professors asked their questions, Chase listened carefully. Then the Professor paraphrased their remarks in words that sound innocuous but subtly hinted at the answers that other professors expect.

Then Dr. Schmidt, the head of the Math Department, mumbled something. So he smiled obsequiously and said to Dr. Schmidt in a deprecating tone, "Mr. Li has read your book, The History of Mathematics.” They all laughed and asked no further questions.

Li laid on bed for quite a while, when his thesis's title, "truncation point," spun around and around in his head. He dreamt that he stumbled over the truncation point.

An ambulance with a knocking engine, hood open, passed the truncation point. Li dropped into the machine. He was alarmed even though there was no real danger.

He broke out in a cold sweat. He woke up and sat in total darkness at the edge of the bed.

Someone was at the door. Li jumped up from the bed and rushed to open it.

"I heard the good news and the main reason I'me coming here is to congratulate you." Old Li explains.

"I also have good news," Old Li continued, "my calculus test results are back. I did very well, thanks to you for your help.

“I’ve been in the library all day working on my math. Would you mind giving my answers a last perusal to make sure they’re all correct.”

Old Li was still standing outside. He rubbed his hands, and the vapor from his breath punctuated his words as he said, "It certainly is cold today!"

Li opened the door wide, turned on the light, and invited his friend into the messy apartment, shutting the door quickly to prevent the winter snow's cold from penetrating the room.

He helped Old Li removed his overcoat and tossed it over one of the chairs. The only table in the room was piled high with books. To make some working space, they cleared off most of the books, put them on the floor.

Li reviewed the Old Li's Math homework. As he anticipated, all of the answers were correct.

As he accomplished his trip to his friend's house, Old Li started to talk about the future.

Although both were scholarship students, Old Li's assistance came from the Taiwanese government, while younger Li's came from an American source.

“We students who take financial assistance have to go back home to Taiwan. Taiwan needs talented people." Looking pointedly at the young one, old Li asks, "what about you?"

Him? He didn't know.

Old Li opened the paper bag he's brought with him and, grinned broadly, said, "these are the rice noodles mailed to me from home. They're the special kind – skinny. We should fry them with a lot of lard, scallions, dried shrimp, shredded bamboo shoots, and shredded pork and shredded dried mushrooms."

Not until old Li enumerated these ingredients did Li realize he hadn't eaten since he had nibbled on that non-descript sandwich much earlier in the day.

Too bad that all he had was some hardened, stale rice leftover in the automatic rice cooker. No dried shrimp, shredded bamboo shoots, nor shredded pork.

They added water to the leftover rice and quickly heated it in the cooker. Some of the grains ended up mushy; some were still hard. They throw the rice noodle in a pot of water with some soy sauce, then eat the unappetizing rice mixture with a few leftover canned cucumbers, not quite moldy, a few thousand old eggs. The lack of discernment only students with empty stomachs possess.

Old Li said, "Next time, we'll have lard-fried rice noodles with shredded bamboo shoots, shredded pork and shredded mushrooms," He chuckles as he puts on his coat and leaves.

After Old Li was gone, the younger Li opened the blinds. It was dark outside and was later than he thought. 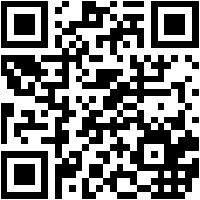