Crawling around in the middle of the mess was their number four treasure Diana, her hands were feeling and fumbling over every small object on the floor. She squinted her eyes to look at a small item she had found.

"Have you lost something?" Amy wanted to know.

"What are you looking for?" asked her father.

"The sandbag hit me so hard that both of my contact lenses popped out," Diana answered. Desperation tinged her voice.

And the sandbag was still swinging back and forth in the middle of the room.

Worried about the cost of replacing the contact lenses, Professor Li asked, "Do you know how to look for those two tiny little lenses?"

At that moment, they heard the noise of the garage door opening and a car pulling into the garage. All three of them rushed downstairs.

Mrs. Li had come back. Amy went to the garage door to greet her mother and her baby. Relief flooded over Professor Li. His rescuer had arrived, and a big load lifted from his should. He decided to escape to his study. He needed peace so he could think about everything that had occurred.

There were quite a few pieces of mail on his desk. He sighed. Because of his involvement with Celia, he hasn't even taken the time to check the mail. Picking up one of the letters, he stopped abruptly, his brain bombarded by the words on the paper. He got so dizzy he almost couldn't see the comments.

Then they came into focus. “…Frances is pregnant and wants to have an abortion. However, her physical condition is such that there could be complications and therefore, we feel it necessary to notify you…”

Professor Li wondered why they had to notify him about an abortion. Fran was a very healthy child. What medical condition? Fran’s pretty, childish features swam in front of his eyes.

Slowly, he re-read the letter. He asked, "Why do thy keep using the name Frances? My daughter's name is Fran, not Frances." He looked again. "Aha. The letter says Dear Mr. Lu", not "Dear Mr. Li."

As if the lightning jolted him, our Professor jumped off the chair and thrust his head into the wastebasket. He must find the envelope.

"Where is it?" He dumped all of the papers in the basket onto the floor and looked at them one by one.

See how careless this American mailman was—the Li's live at 7 Ivey Lane. And Lu and Li may be close in the Roman alphabet, but they are very far apart in Chinese.

When did the other Chinese people move around the corner from us?” he wondered. Why hadn’t his wife mentioned the Lu family on Apple Tree Lane to him? He started to laugh.

"Thank goodness that she didn't mention this kind of Chinese people to me," he laughed louder. Our scholar Li was glad that he didn't know the Lu's. His laughter got louder and louder. So loud that Amy and Mrs. Li, who were still at the garage door, heard it. And, it sounded so weird that they had to see what was going on.

Quickly, Amy went to the study. Mrs. Li, the baby in her arms, followed. When Amy opened the study door, she saw her father, eyes bloodshot from lack of sleep for the past three nights, and his mouth opened wide, laughing hysterically. He laughed so hard and looked so peculiar that the baby started to cry, hiding her face against her grandmother's body, saying, "Gung, gung. Gung, gung."

The upstairs daughters heard loud laughter and the baby's crying coming simultaneously from their father's study and wanted to know what was going on too. They descended the stairs, and when they got to their father's study, huddled around his desk. Diana peered at her Dad through her thick glasses. Elaine and her red-haired friend were, obediently, not wearing their red shirts.

Instead, they were wearing matching green sweatshirts, each with two Chinese Characters across the front. Elaine's flat chest characters translated to "Low Price" While Elsa's bulging bosom displayed the characters representing "Hot stuff."

Elaine tried to console her father. She walked over to him and said, "I'll always be an obedient daughter. I promise, I'll never marry a Caucasian man. I'll be a Lesbian." 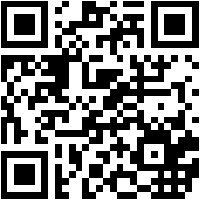