The next thing he remembered was pulling into his driveway.

How did he get his car from the garage? Through which roads did he driving home? And, how did he get to Glen Cove, to his driveway? Li doesn't remember any of the details.

He walked into the house and entered the living room, found it in total darkness. As he walked towards the windows to pull open the heavy drapes, he realized someone was sitting on the sofa. And he asked himself the questions that asked at the end of the "chapter" in the classical literature performed in the Chinese tea house, which meant to pique the interest of the tea drinkers so they would return the next day: "who is this person? And, why is the person sitting in the dark?"

The answer came fast and in tearful tones. "Dad, I want to divorce Anthony," Amy had been waiting in the living room for her father's return. He pulled open the drapes, and the minute she saw her father, Amy cried even louder. She sounded pathetic.

"Wait a minute. Wait a minute! Chinese philosophy states 'if you marry the chicken, you follow the chicken; if you marry a dog, you follow a dog. what crime has Anthony committed that you think you have to get a divorce? Don't cry, Amy. Let's talk about it. I'll help you the best I can." Professor Li was getting very nervous.

His wife knew how to handle these things. Where was she anyway?

Amy started to recite her litany, "Dad, Anthony doesn't love me any more. He loves his mother," she cried like a pale blossom dripping with rain. She could hardly catch her breath.

Professor Li patted Amy on the shoulder and said, "What's the matter?" with much concern.

"My Caucasian mother-in-law comes to my house to see her grandchild. She hugs her and kisses her. Old people carry germs and bacteria that cause sickness."

“Then, she says she wants a grandson, too. Pure sex discrimination!”

Amy spoke with more significant agitation as she continued to enumerate her mother-in-law's crimes. "She says that the baby is cute and good-looking and that her eyes are just like little almonds. Racial discrimination, without a doubt.”

“She comes to our house every day. Definitely invasion of privacy.”

Mentally, the Professor was scratching his head, wondering, "How could that be a crime when it is Chinese tradition that the daughter-in-law should live with the husband's family and became one of her mother-in-law's families."

Amy continued, oblivious to her father’s reactions. “I told her that she needs more rest and relaxation and that it wasn’t necessary to come visit us every day. She started to cry, with absolutely no good reason.”

“And today she called saying that she can’t balance her checkbook and would I tell Anthony to come over with his little calculator to get it straightened out for her.”

Trying to change the subject, the grandfather asked, "Where is the baby?"

In America, everyone has the impression that Asian women are all tender and sweet and that Chinese daughters-in-law are all obedient and respectful. And, it has been his daughter who was enumerating so many complaints about her mother-in-law. What could he say?

"Anthony was fighting with me and he scared the baby with his loud voice. She started to cry. That's very bad for her mental health. So, Mom took her to get some ice cream. Scaring a little baby like that."

"Bang. Bam. Clunk.” Upstairs, something seemed to have come crashing to the floor.

Again they heard "Bang. Bam. Clunk.” Something must have broken in Diana’s room.

The conversation between Amy and her father came to an abrupt halt. They listened to determine where the noise originated, and quickly, both ran up the stairs, Professor Li a little slower than his daughter.

Diana's room was in chaos. The lamp tipped onto the bed. Four legs pointing at the ceiling was the chair. Kung Fu tapes and books were all over the floor, virtually wall to wall. 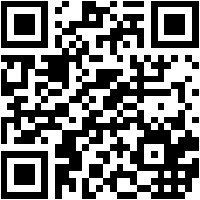