Although I don't agree with some of the politicalization or hyper racialization of the current situation, I marched for the life (lives) senselessly lost. I don't want to play the wise guy (lady) to suggest any solution to the issues faced by another community because I believe politicians or elites took the easier path when treating it as a race rather than a class divide. Nor do I want to lament over the lack of solution because that still puts me at a distance. I did not march becuase I know better; on the contrary, I might be as lost as many who are doing the soul searching.

I don't want the message to be that those who didn't join the protests are not with the African American community. That is such a moral judgment callously placed upon the first generation Chinese Americans, many of whom have been long-time collaborators with African American intellectuals and activists over the years. They study books and articles from Thomas Sowell, Walter E. Williams, Ward Connerly, Glen Loury, John McWhorter, Larry Elder, and Jason Riley, Bob Woodson (quote his recent interview "we must deracialize race and desegregate poverty") etc etc. It is also too much of a leap of conclusion to think the first genenation's lack of presence is due to a lack of knowledge of the Civil Rights Movement, or a lack of sympathy to the pain faced by the African American community. Parents may not have the same political persuasions as their children (or even among ourselves), or the same approach to tackle race issues in the society, or they are still researching the best means to get involved, or they have their own comfort level having experienced the Cultural Revolution. Who are we to judge?

Many first generation immigrants might shun the term “privilege”, not because they don’t comprehend the magnitude of the issues faced by the African American community, or because they had their share of difficulties, discrimination or micro aggression (this is not the moment to compete on who suffered more injustices), rather, they may not view themselves as having made it, and certainly don’t want to project the image of a privileged class playing the savior of other communities. In their mind, though many are middle class professionals, they have no extended network or political power. I guess the least they think of themselves are privileged. In addition, they don't want to be condescending or self righteous; they want to treat others (and be treated) equally, not better or worse. These somehow are lost in translation.
On a gloomy day, I indeed complained over the so many unfortunate events that happened in this country in 2020. But not today. Today, seeing the many shades of colors of those walking with me and my son, I saw what is good in America. Although I do not agree with every word Congressman Malinowski was saying, this sentence stays: use what is good in America to fix what is wrong with it. It is true we may not even agree on what is good and what is bad on many issues, but hope that discourse is the start of mutual understanding.

The African American activist during the Civil Rights era ended his speech today with this sentence:"Let Dr. King's legacy live." I went because I am a mother, a human being, and part of the American fabric, the diverse fabric that makes this crazy country still so adorable.

Civil rights activist Bob Woodson responds to riots: Race is being used as a ruse.

Jason Riley: 6/9/2020 The Full Truth about Race and Policing 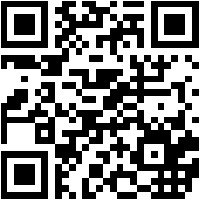