All human beings are born equal, which was first proposed by Herodotus, the father of ancient Greek history, 2500 years ago. This idea of equality for all has been influencing the future history. The American Declaration of Independence, the French Declaration of Human Rights, the United Nations Universal Declaration of Human Rights and so on, all of these documents embody the idea of equality for all. After the victory of the bourgeois revolution, the principle of equality before the law has been accepted by most countries in the world and has become the constitutional principle of almost all countries.

Equality before the law should be equal in legislation, law-abiding and law enforcement.

In order to improve the quality of law, the principle of equality before the law is worth exploring.

The principle of equality before the law applies to positive and neutral clauses in the law, but not to some negative clauses.

If the law can prohibit this kind of bad habits, which has not formed habit, So many things in the world can turn bad things into good things. According to a report issued by the World Health Organization: there are 1.1 billion smokers worldwide, 7 million people die from smoking every year, and the economic loss is $1.4 trillion. That is to say, 20,000 people die every day. This cruelty of death should have shocked our hearts more than the power of the atomic bombs in Hiroshima and Nagasaki. But in fact, people tend to be insensitive! If it can be achieved that people born after January 1, 2000 are not allowed to smoke, and they are not allowed to smoke for life! Then, there will be fewer and fewer smokers, and more and more non-smokers. A hundred years later, there will be no more smokers on our planet, and the fragrance will fill our homes.

I hope that state members and congressmen can pay attention to this important event that concerns millions of families, everyone and their descendants, and can propose legislation to help this law, benefit the people of the world, and make the world a better place for tomorrow!

Writer:  Zhu Hongxing, male, scholar, poet, inventor, senior lecturer, born in Huozhou, Shanxi, China and graduated from Politics and History Department in Shanxi Normal University; writer of several theses in more than 100 thousand words published by《Ta -Kung Daily》，Hongkong，《China Youth》and 《Half-Monthly Talkings》and writer of 6 published works; founder of the theory of Global Village; a person agreed by more than 20 state heads in letters; a lover of lecturing and a person recorded in the book of 《Promising Lecturers》by the journal 《Lecturing and Eloquence》; a lover of invention and creation with more than 20 minor inventions. 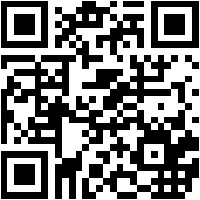