1.     Thank you for flying United. We hope you had a pleasant flight. In case you had not, please tell everyone you flew Continental.  (这是 United 和 Continental 合并前的笑话。那时这两家还是竞争对手)

2.   “Hello, this is your Captain speaking.  You have just boarded on flight number XXXX to Newark, New Jersey. If Newark was not your destination, it is now.”

3.   On a Continental flight, a passenger was wearing a T-shirt with “FUCK RACISM” in big bold letter printed in the front.

The flight attendant told him that he must take it off or cover part of it, as this may appear to be offensive to others.

He then ripped off the front page of the Continental magazine and stuck the part with “Continental” to cover “RACISM”, so now it reads “FUCK Continental”…

4.   On a flight to Philadelphia, this is what the Captain said when we landed: “Welcome to Philadelphia. The safest part of your journey is now over. Best of luck.”（注：费城别称“匪城”，是臭名昭著的不安全城市）

5.   Several years ago, I was boarding a flight with a friend who had purchased a large life preserver from an antique shop. It was too big to put in the checked luggage, so he carried it to the plane. As we were boarding, the pilot and co-pilot saw us. The co-pilot said to the pilot：“Look,  Joe, here’s a guy who’s flown with you before.” （注：life preserver, 救生圈） 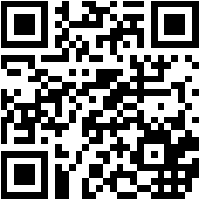